cbse 12th marking scheme :  The result of CBSE standard 12 will be given on the basis of performance of last three years 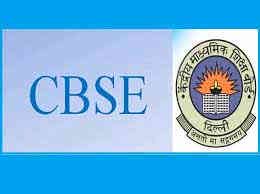 Attorney General KK Venugopal was present before a bench headed by Supreme Court Justice AM Khanwilkar. He said that the result of Std. 12 will be declared till July 31. He further said that Std. 12 internal and practical marks will be uploaded on the portal.
These marks can be seen on the CBSE portal. The Supreme Court has asked the CBSE to conduct an examination for students who are not satisfied with the result prepared on the basis of this formula. CBSE Controller of Examinations Sanjay Bhardwaj said that after the results are declared based on the above formula, registration for the examination will be started for students who are not satisfied with their result.

The examination will then be conducted at the appropriate time following the rules of Corona. CBSE has clarified that out of the five main subjects of Std. 10, the result of Std. 12 will be prepared on the basis of the marks in the three subjects which have the highest marks.